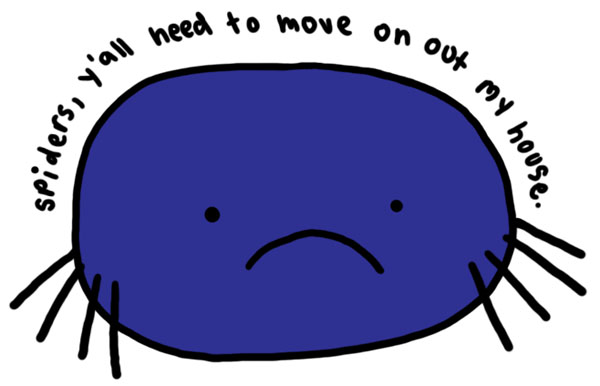 A phobia is an irrational and illogical intense fear response to an object or situation which causes panic and anxiety in the sufferer. They occur due to something known as conditioned response and there is much research, including a rather unethical experiment on a human baby, Albert .

When an innate object is paired with fear, the fear can be transfer to the object which results in an irrational fear. It is easier to create a phobia of certain things, such as spiders or snakes, but you can create this reaction with simple things such as buttons.

Your reaction to fear is obviously protective and you need to react to danger without delay or question, so the body forces an immediate response to any trigger which relates to fear conditioning. Obviously in some cases this is good, you shouldn’t be questioning whether or not a lion is actually a danger when it is standing in front of you licking it’s lips, but in today’s society we have few predators and this immediate danger response is not often required.

A phobic response creates the feeling in the sufferer that they are in mortal danger so they react to that feeling without question. The person moves away from that feeling of panic and fear to perceived safety, escaping the potential threat to life. The person may well logically understand that the object of their fear is no actual danger, but they feel unable to go against that feeling. So you have an emotive illogical reaction on one side and the preferred logical response on the other, how do you change it?

I like to see the body as rather simple. Once your brain has learnt a pattern, such as walking, talking, writing etc., it then performs these functions for you automatically. Patterns learnt during times of stress and fear are learnt quicker and are much stronger and deeper than others. This is because your body thinks that responding in the same way as you did at the time of increased stress must have been beneficial to you since you survived! This is rather simplistic of the body and this logic often leads to such problems as stuttering or shaking. The body experiences stress and responds by repeating the same state as it did before

Children act according to how they feel but as we mature, hopefully, logic and rationale increase so our responses change. When you are a child you may believe there is a monster under the bed or in the cupboard, so you launch yourself onto the bed or run past the cupboard to avoid being grabbed. As you grow older you stop believing in monsters so one day you walk slowly and don’t jump. The first time you test the reality you will still feel scared and uncomfortable, but by holding on to what you believe, rather than how you feel, you change the pattern of behaviour and eventually this becomes natural.

When treating a phobic reaction with hypnosis we examine the events which created the response and look to reprocess this memory in order to allow the body to change the emotional content within it. This enables the person to break the conditioning and to begin to absorb a more rational reaction. Rehearsal of this new response in hypnosis and then exposure to the threatening object to prove to the body that it is actually safe, will break the phobia. It may be uncomfortable at first, but the more the new reaction is practiced and the new thought processes used, the more natural the new behaviour will become. It is not necessary to love the object of the phobia, just to react to it without the fear and panic.